Milas is one of the 13 districts of Muğla.

There are many settlements whose history dates back to a deep and deep rooted history, especially Beçin, which served as the fortified castle of Milas in many periods of history, located at the headquarters of the district of Karya Civilization and the capital of Menteşe Emirate and beside it. It is a place where the regular city center, ancient ruins, historical monuments and houses, live bazaar, world famous Milas castles and many interesting features in terms of tourism, but sometimes pass by the passers to Bodrum. The backbone of the settlement of today's Milas is the Yörük-Türkmen. The mayor of the county is Muhammet Tokat with the CHP. Because the district is on the Bodrum route, it develops rapidly and receives immigration.

A typical ending of settlements in the Anatolian language -aasa indicates that the city had been established at an early date because Mylasa, the historical name of Milas, showed itself. Some linguistic researchers have suggested that Milas, who was the first of Milas's name, also appeared in the Tyrmilis, the name used by the Lycian people for themselves, suggesting that these people might have been established during the migrations from Miletus (Millawanda) south to the Teke Peninsula, later known as Lycia. [3]. The claims that it may have stemmed from a Mylasa claimed to have come from the descendants of Sisifos and Aeolus are unfounded

Milas city, the wide and fertile plain that it dominates, and its rich marble deposits which continue to operate today in its backed mountains, has also been in an advantageous position throughout history and it is an additional chance that the coastal sherdine is easily accessible.

The oldest monument in the city center of Milas is the Temple of Augustus (Uzunyuva), built on a podium to the east of Hisarbaşı hill in the Hisarbaşı district. The only column of the Temple of Korint is still standing.

Milas Augustus (Uzunyuva) Temple
The only ruins that have reached today from the city's old city walls are the door arch known as Baltalikapi in the region. Door BC It is dated to the 1st century AD. Because of the double-faced ax motif on the keystone of the belt, it is referred to as Baltalikapı in the region.

Another antique remains in the city is M.S. It is a silver monument which was built in the 2nd century and is a very well preserved tomb monument. One of the seven wonders of the world is a smaller model of the accepted Halicarnassus Mausoleum. On the skirts of Sodra Mountain, the tomb monument in Gümüşlük district consists of a high pedestal and a stepped roof.

The two-storey aqueducts stretching from Milas to the east of Milas belong to the early Byzantine period. Antique architectural pieces were also used in the construction of the arches.

Among the important architectural structures in the city center are the following:

Çöllüoğlu Han: It was made in 1719-1720. It's in the Hisarbasi neighborhood.
Milas Grand Mosque: Milas is the largest camisas. It was made in 1378 during the period of Menteşe Principality. Hodja is in the Bedrettin neighborhood.
Belen Mosque: The wall masonry is a mixture of brick and stone and has benefited from antique works. The mosque, dated to the 14th century, is located on the hill of the same name in Hisarbaşı district.
Milas Aga Mosque: It is in the neighborhood of Hacı Abdi.
Firuzbey Mosque (also known as Kurşunlu Mosque): It is a very important work in terms of architecture built in the period when the region's administration passed from the Menteşe Emirate to the Ottoman Empire. The buildings belonging to the Ottoman period are these. Firuzpaşa neighborhood is located.
There are also two bridges in Milas that are the works of the Ottoman period. One of them is on the Balovca River which passes through the city center. The historical bridge on Sarıçay on the Izmir road needs restoration urgently. The Abdülfettah Mosque, which is one of the two works of the Ottoman period in the Selimiye district of Milas, is a kulliye with a han and a bath.

Milas houses are the main axes of Milas city trips made in the early 19th and early 20th centuries and most of them have been restored and used. Entrance to the two-storey courtyard houses is done by avaliable. Wooden-supported outfits of the houses overlie the street. Ground floors are often used as warehouses and cellars. The kitchen is at the corner of the toilet, stall, courtyard. Avudan is topped with wood or marble staircase.

Houses known as Nedim Beler, Murat Menteşe, Selahattin Oguz and Servet Akgün houses in the district center were built with the contributions of Hungarian and Italian architects from Europe in the first period of the Republic. Unlike the Milas houses, these houses were built outdoors. The kitchen and toilet are in a European style building.

It should also be noted that there is a Jewish community in Milas that has survived to the 1950s. These Milas, who later migrated to Israel, continue their visit to their homeland today.

Beçin Castle: It is the administrative capital of the Menteşeoğulları Principality. It is 5 km away from Milas. The Beçin Castle in the Mutluca Beçin neighborhood on a plateau dominating the Milas plain is Byzantine. The fortress was repaired during the period of Menteşe sons. The principality of the Menteşe sons, who centered on Milas, moved to Bechin because it was easy to defend the center of government. The actual settlement in Kaled is in the inner castle section 200 meters above. In this section, a Byzantine chapel, Karapasha Madrasah from the days of Menteşe son, a tomb, Ahmet Gazi Madrasah, Orhan Bey Mosque, Hamam, Bey Hamamı, Kızılhan, Yelli Mosque and a medieval building are among the structures that reach daily.
Çomakdag: Historic village and a carpet that keeps traditional arts, especially carpets, alive. It is close to Milas. Çomakdag village has its back to the Beşparmak mountains. The houses of Çomakdağ carry an architectural style that skillfully merges today with yesterday. In houses made of stone, the stones attract attention with its aesthetic appearance. The half-moon or eagle-headed figures in the tops of the chimneys are found. It is not possible to come across the bacala, which is inspired by the acroteries in ancient structures. It lives in its own enclosed village, tradition. Weddings last 4 days. Dibekte is beaten to wheat, shot in the oval, kidnapped to make the best shot, women have fun among themselves, bride picking and veil day.
Labranda: Located on the Koca plateau (14 km) north of Milas, Labranda is one of Turkey's best-preserved antique cities. Between the pine and plane trees, it is a very beautiful ancient city in the air that is almost always cool with a sweet breeze. Labranda was linked to Mylasa in a sacred way 8 meters wide in ancient times. It is possible to see the traces of the road today. B.C. It is known that in the 5th century the city was a sanctuary. There are two entrance gates in the south and southeast. Temple of Zeus, stoa, large terrace wall in the south of the temple, andron of cult dishes, large buildings thought to be palaces, and terrace houses remnants. The Andron is a window with excavations and is proven to have windows during the Helen era. Roman ruins are also seen in the city. 200 meters west of the sanctuary, there is a reinforced stadium with a backing wall. The sanctuary is believed to be the scene of the stadium races during the feasts held every year for 5 days. The starting and ending stones of the races are still in place today. When you go to Labranda, you can fill your stomach in the village restaurant of Kargicak. We recommend the menamen prepared with the smelling tomato with the kid's scallion made on the hair.
Lake Bafa: The Söke rubble was about 2000 years old, and there was a big bay here. Alluviums brought by the Great Menderes Ridge filled the gulf and made it a plain. Today Lake Bafa remained part of the sea. There are two islands on the lake. One of the twin islands is not actually a full island, it is connected to the land by a sand dune. On Lake Bafa, mullets, sea bass, and snake fish are kept. There used to be a lot of carp in the past, but there is no more carp because the lake has salted water. If you want to go for a walk, you can go to full-sized engines. The islands are visited by the ancient city of Heraklia in the Kapıkiri neighborhood. Monasteries and churches are established in the islands in the sky. The oldest of these is the Monastery of the Seventies. Surrounded by olive groves around the lake. All the dishes are made with olive oil on the shore.
Euromos antique city: It is located in Selimiye district.
The ancient city of Iasos: The ancient city of İasos, which is intertwined with the Kıyıkışlacık neighborhood in the north of Güllük Gulf, is another historical site within the borders of Milas.
Tuzla Bird Paradise: The Bosphorus (formerly known as Bargylia) is located in the neighborhood of Bodrum.
Sleeping Valley: It is located in the Gökçeler neighborhood on the way to Bodrum. Caves are located.
Gökova Gulf: Ören neighborhood and Keramos ruins there, Çökertme with its magnificent views of Çökertme zeybek beyond Ören, and other tourist sites within the Milas district and subject to different materials. 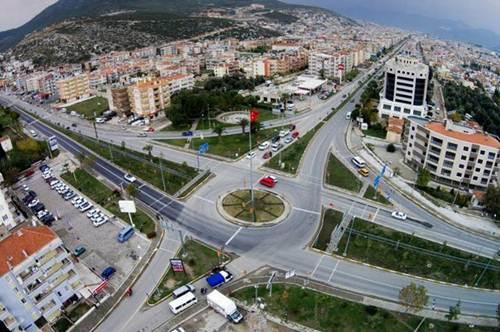 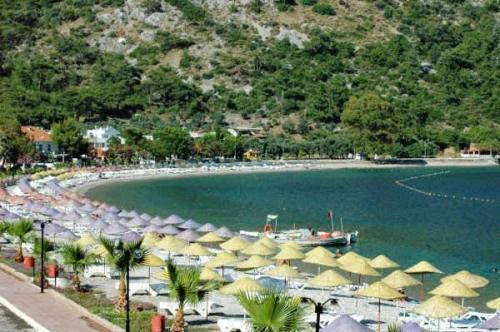 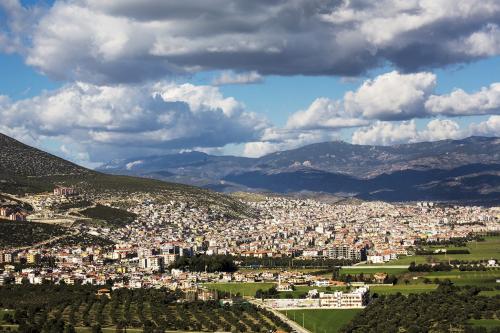